How to Restore Shabby Tiles

A leaking shower can be one of the most expensive household plumbing problems to fix. As the leak gets worse, the water damage can spread to wall plaster, bathroom fixtures and even your bathroom's electrical wiring. Most cases of leaky showers are caused by failed waterproof membranes. Read on to learn about four signs of membrane failure so you can quickly arrange for the waterproofing to be replaced to prevent the problem from spreading.

The most obvious symptom of a faulty waterproof membrane is damp patches in the plaster surrounding your shower. These patches occur when water seeps out from behind your shower walls and spreads into the surrounding plaster. Often, the water brings salts such as nitrates and chlorides with it, which manifest as brown stains on the wall.

Home bathrooms often feature a distinctive musty smell, which is usually caused by poor ventilation or wet towels. However, if the smell in your bathroom will not go away despite opening windows and washing your towels and shower mats, it may be a symptom of a failed waterproof membrane.

Leaking showers cause moisture to accumulate in areas that should be dry, such as behind plaster and tiles. This water will begin to smell if left for extended periods.

Paint will often peel or blister in bathrooms due to the moisture generated from hot showers. However, if the problem occurs frequently, or in one particular area, it may be a sign of a leaking shower. When water leaks behind your shower and travels along your bathroom wall, it can break the bond between the paint and the wall, causing bubbles or peeling. Many homeowners simply scrape off blisters and paint over them, but this quick fix is unlikely to last long if your shower waterproof membrane has failed.

The most serious consequence of a leaking shower is electrical faults in the bathroom. This can occur when water from your shower reaches the electrical wiring in your bathroom wall. This can manifest as flickering or non-responsive lights and faulty electrical sockets. Unfortunately, this symptom is the most expensive to fix, as it will require both a waterproofer and an electrician. However, despite the cost, it is essential that this problem is attended to immediately, as when water mixes with wiring, electrical fires can break out.

A leaky shower can be a costly problem to resolve. The best way to reduce extra costs from a failed waterproof membrane is to act on the problem quickly before further damage occurs. By keeping a lookout for these signs, you can recognise the symptoms of membrane failure as they occur. Contact a waterproofing contractor for more assistance or information. 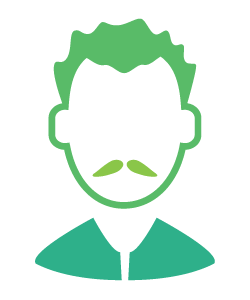 If you've got an old tile kitchen splashback that's seen better days, then you want to spruce it up. If you can't afford to replace the tiles, then you may be thinking about restoring them instead. But, if you've never done this kind of project before, you won't know where to start or which restoration solution to choose. Do you know the best way to get rid of grease marks and stains? Should you just rip out and replace the grout? Can you paint over the tiles? Are cracks fixable? To get the answers to these kinds of questions and simple guides on how to restore old tiles, take a look at my articles. There's bound to be something on my site that can get your splashback looking good again.

If you live in a timber-framed house that was buil …

The bathroom is one of the parts of the house that …

Critical Factors to Consider When Replacing Your Transformer
20 October 2020

Power transformers play an essential role in every …

All The Lessons You Need on Crack Stitching
9 September 2020

Cracked walls are a common occurrence in old struc …

Drilling is a critical manufacturing task that is …